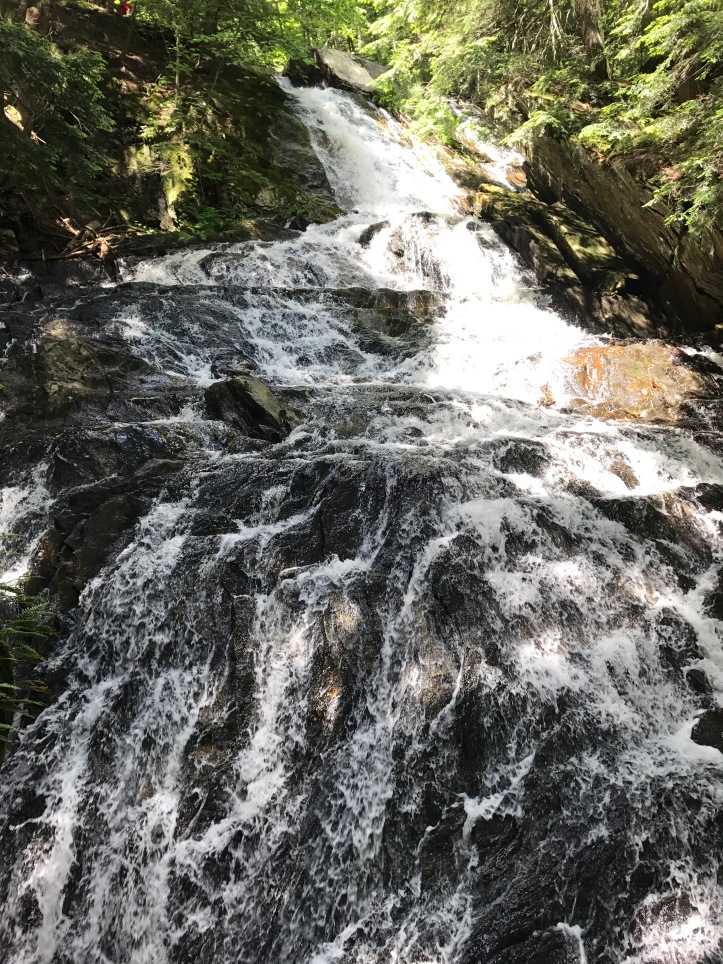 **just kidding. now that most of the hikers have left the hostel, the internet is serviceable for picture uploading. will see what kind of backlog I can get through and still do the chores I need to get done before I leave**

We slept in and made coffee using the chemex and beans that megan brought from home and my camp stove setup. Megan also brought me a baggie of her dry homemade oatmeal mixture that I heated on my stove and added a banana to. So good. We took our stuff down to the dining hall and had breakfast there while the parents of an ambiguously 7 year old kid negotiated not going to an expensive adventure park with her.

The rest of the day involved a walk to thundering falls, a sunset canoe ride, and eating all the food. The walk to the falls was buggy and humid, but they did not disappoint. We sat by the water and talked until my back hurt from sitting. Then we walked up towards the top of the falls and stood mesmerized by the water until my stomach warned me that the bad place was coming soon. We scrambled back down the roots and pine needles and took a walk over part of the boardwalk that leads to the road on the other side of the falls. So many wildflowers. Megan also noticed this funny little guy that my fancy new app said was Indian cucumber root: 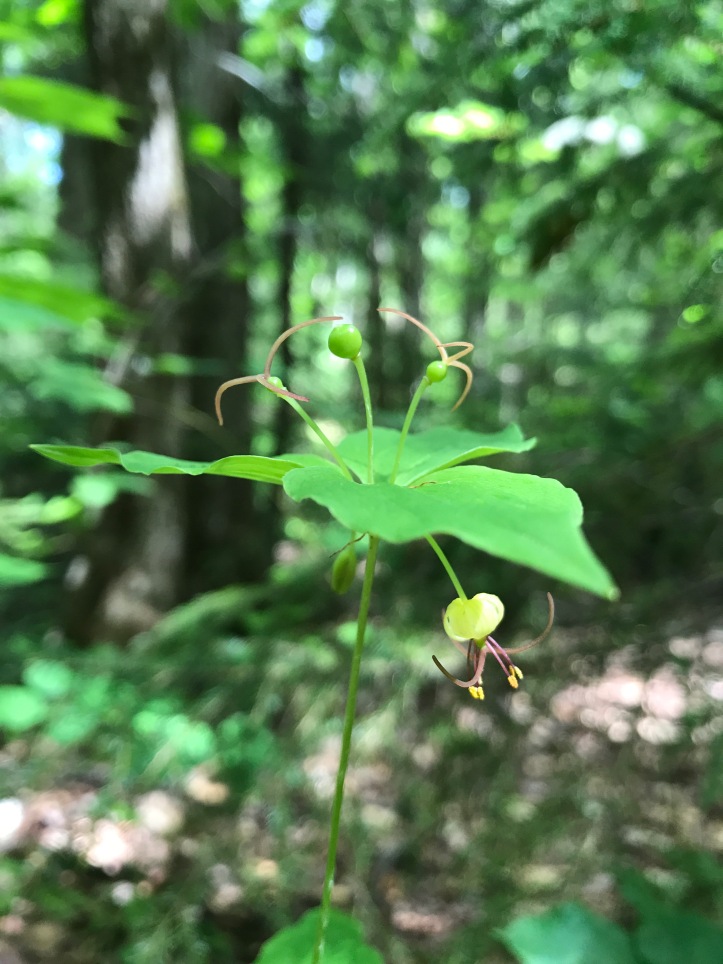 After lunch we went to the outfitter nearby so I could get more bug spray. So toxic and so necessary for sanity. Then we lounged around and eventually got takeout dinner from a place called the Lookout with the worst logo ever (a busty woman looking through binoculars). But their burger was good, albeit a little painful. Then we took the lodge’s canoe for a spin around the lake. We confirmed that I am too controlling to not sit in the steering position of the canoe. No real surprise there. Megan was a good sport about my front seat driving and I tried my best to moderate myself with varying degrees of success. 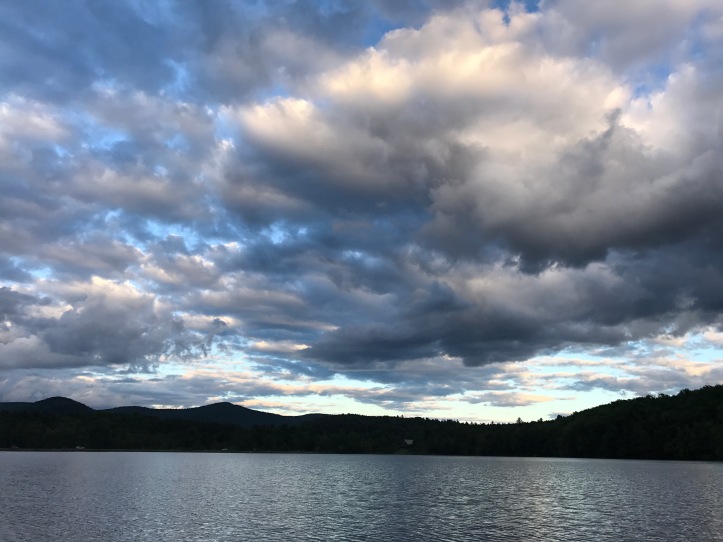 We paddled towards a little island where I though there might be loons based on the direction of the calls we heard earlier. As we edged around the island, we saw a couple of duck-looking creatures a short distance off to the right of the island. Their coloring wasn’t like any duck I’d ever seen, and a little internetting confirmed that they were actually loons! As we got closer, one of them kept looking frantically side to side. I saw a little brown blob near it that looked like a piece of driftwood. Then I realized it was a baby loon, hence the protective scanning from the parent. We decided not to get any closer to avoid stressing them out further even though it was doubly tempting for me because of the chick.

As we turned the boat around, I noticed something flopping around by my feet. I thought it might be a leaf or a stick until I looked closer and realized it was a writhing snake. Just a little garter, but still: a snake. at my feet. I pulled my legs up and did a little freak out noise. The snake slithered back into the covered tip of the canoe. He continued to poke his head out periodically on the ride back to the lodge’s dock. I tried paddling with my feet up on the side of the canoe, but it hurt my butt too much, so I had to settle for stomping my foot whenever mr snake considered coming out. 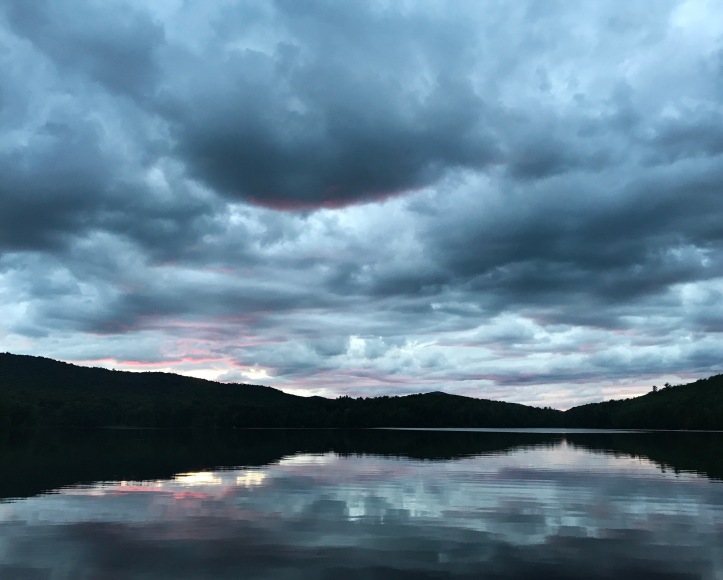 We caught a hint of pink in the sky as we pulled the canoe out of the water. Said goodbye to the snake and the pond and went back to our room where we went to sleep to the unsettling sound of fireworks (again).

Miles: 0 that count and about 2 bonus miles to the falls and back