I have decided in the interest of getting through some back log and not boring you with town details, that I am going to truncate the three days in Damascus.

Saturday, Day 46, was a zero day for me. I ate at the Damascus diner twice – three times if you count the fact that I had leftovers for dinner. Pictured is the “hungry mother” which I did not realize would come with 3 pancakes the size of Texas.

I met a handful of new hikers, one of whom is named Viva and lives in Dahlonega and has dined in the same establishments as Amy Ray (of the Indigo Girls). Needless to say, I was extremely jealous when I asked the question and received an affirmative answer that she had in fact seen Amy Ray on MANY occasions. 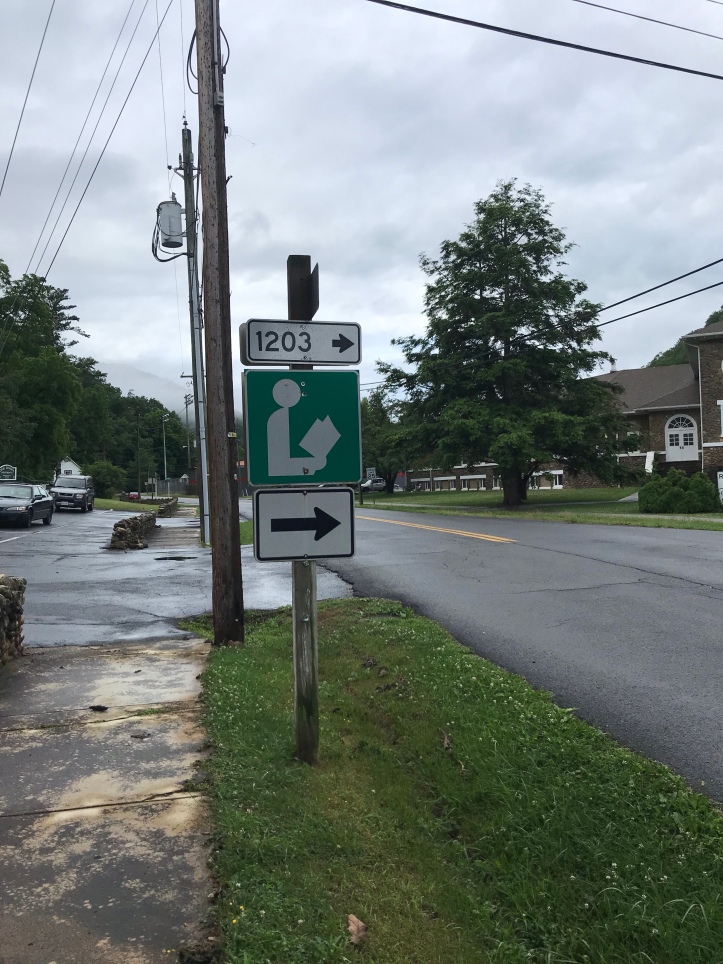 I also spent about 3 hours at the library. It would have been longer were it not for their prohibitive shutdown of internet 30 minutes prior to closure.

Sunday, Day 47, brought the great waiting game of Oakland’s mid-day arrival. My mom drove 5 hours one-way to deliver Oakland to Damascus. We had a late lunch at the diner. In both of my Saturday meals, it had been a sleepy establishment. On Sunday, it was bustling with churchgoers, and we actually had to wait for a table. Brownie and dizzy arrived just in time to meet my mom. Then we trouped off to the real grocery store about a mile up the road to get a few luxury items while we had access to a car. My mom stuck around to play a few hands of golf (her new favorite card game) and then got back on the road for the long trek home. About an hour later, RBJ stopped by for a visit! Her new trail name is Research. She is having trouble with her feet and is on a two-ish week break from the trail in the hopes that she won’t feel like she’s walking on knives when she returns. Sadly I did not think to get her picture while she was here. I did, however, manage to get photographed wearing loaner scrubs while spraying my clothes with another round of tick treatment in the church parking lot adjacent to hikers inn. 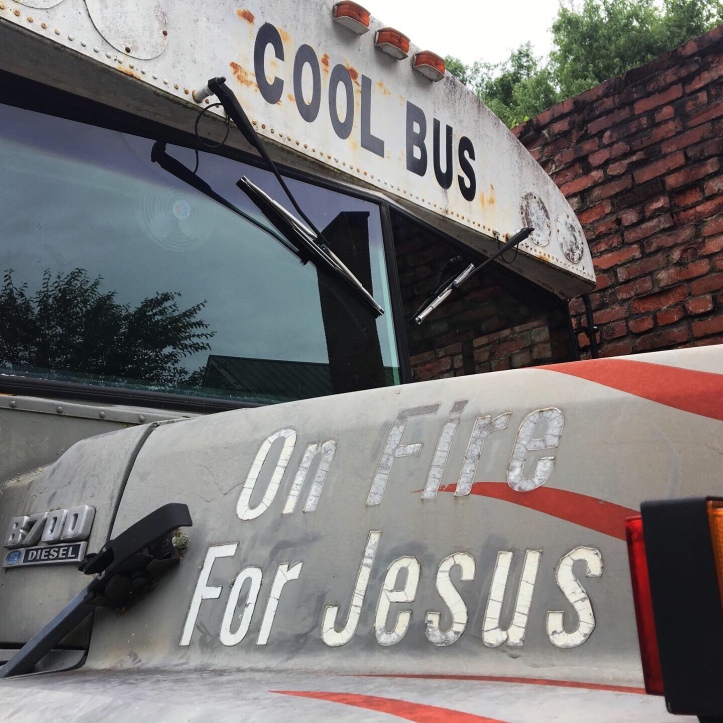 In our effort to hang a clothesline, we used a taillight on a bus that prized the claim “on fire for Jesus” on the front hood. We organized our food for the next few days and gave Oakland her first taste of sitting around a table talking to random hikers. For dinner, we feasted on banana bread made by my mom, fritos, fruit and avocados from my sister-in-law, and snickers. A strange but functional meal.

Monday, Day 47, we went to the diner for “breakfast sandwiches,” which are Oakland’s favorite and consisted of sausage, egg, and cheese on biscuits. Then we spent a few hours at the library. Seems like they might know part of their audience quite well:

I whined and fussed over the blog while Oakland, ever the industrious one, crossed a few things off of her summer work to-do list and read new yorker magazines. On our way back to the hostel, Oakland had her first snake sighting! It was a large brown snake with a dull diamond pattern. It slithered under a hole in the raised sidewalk and that was that. We had another snack-based lunch because we had dinner plans with brownie & dizzy. Then we ran a few errands that included post-card buying and an attempted package pick-up from my dad and stepmom that sadly did not seem to be at the PO. Oakland went back to the hostel to putter and I went back to the library to madly dash through blog editing. As we made our way through town, we noticed a throng of antique cars rolling through town. The guy at the outfitter said they are all on their way to the Bristol Speedway and then off to somewhere else I can’t remember. 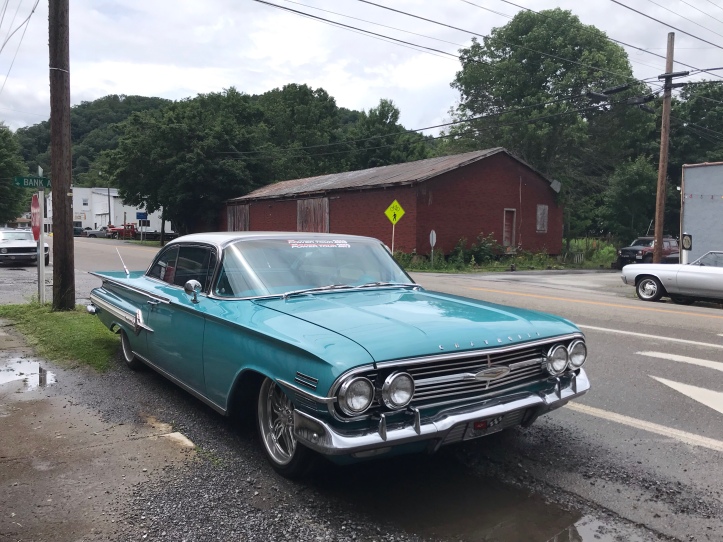 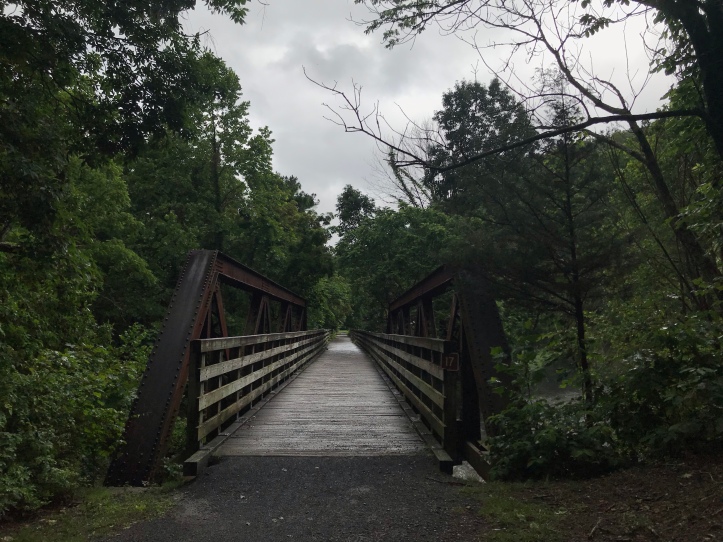 Tomorrow, we hike! Hopefully not in the rain.

Creature feature: my person! and the usual bird suspects.