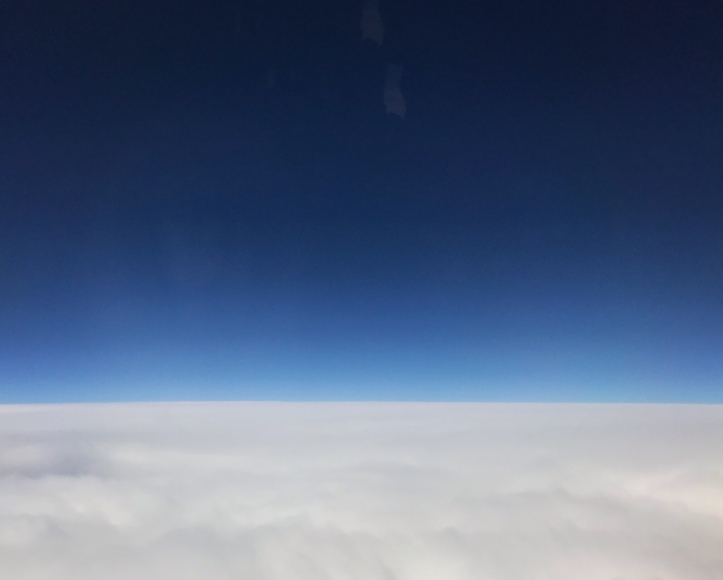 Sunday morning was a doozy. I had managed to put myself in a good position to spend most of my time at home with Oakland rather than scurrying about throwing things in bags. We navigated jags of excitement and despair as we made our way through breakfast and the hours that followed.

On the highway to the airport, I did my usual anxious flight status check and found out that the second leg of my journey from Denver to RDU had been delayed several hours, making for a 2:35am arrival. Guess what kind of services are available at that time of day? Yeah, not much. As I sat at the gate still buzzing from the sadness of leaving Oakland at the security line, I made phone calls to hertz and my hotel, changing the car reservation to 6am and completely cancelling my hotel reservation. The obviously young kid I talked to at the hotel front desk responded to me as if I were a parent asking him to clean his room. I fielded his delayed monosyllabic responses while the gate attendants announced our boarding procedures and my mind quickly scrolled through the options of cancelling my hotel or having one for about 3 hours.

With my hotel cancelled and a window seat secured, I settled in for a mopey flight only to hear the pilot announce that Denver airport had temporarily closed for arrivals because of hail that had collected on the runways. I felt grateful that my tedious flight delay from Denver to RDU meant no need to sweat over flight connections as we loitered at the gate. After about 45 minutes of waiting, we were back in action with an open runway in Denver.

When we arrived in Denver, I learned that my RDU flight was only about 2 hours delayed, making my arrival a very awkward 12:15am. Not enough time to get my rental car and far too much time to sit in baggage claim at RDU. After some deliberation, I decided to re-book my hotel room and changed my car reservation to 8am. Then I stared at my tiny screen editing blog posts from 2017 in an attempt to prevent myself from more moping. As it turns out, leaving someone you love for seven weeks of indeterminate ability to communicate is pretty difficult even if you’re heading towards something you ALSO love.

My plane landed at RDU around 1am. I anxiously searched for my black suitcase among all the other black suitcases on the baggage claim belt. Note to self: put identifying marks on the underside of my bag because most of the luggage came out upside down, making my attempt to delineate my bag with tape on the handle basically useless. After a very brief, but friendly Lyft ride, I found myself in an older, but totally functional hotel near the airport. Face planting in bed quickly ensued.

Next up: a visit to my grandmother, a flight to Atlanta, and a shuttle ride to Dahlonega, GA!